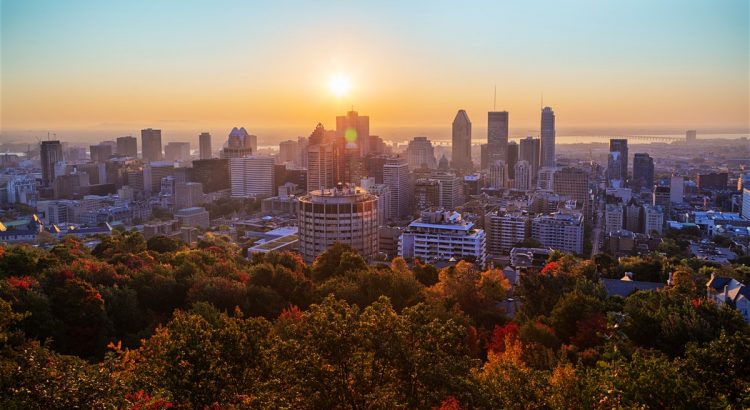 IMPORTANT: This article is a reproduction of “#WWW2016: COME IN WE’RE OUVERT” authored by myself and posted on the KMi planet news. Enjoy!

In its 25th edition, which took place in Montreal (CA) from 11th to 15th of April 2016, more than a thousand people from 55 countries joined together to present progress in research, standards and applications, and envision future directions.

The conference had a special motto “COME IN WE’RE OUVERT” (which means “open” in French and in this particular case it stands for Open, Ubiquitous, Versatile, Education, goveRnment and healTh) and included many tutorials, workshops, poster session and research sessions with a wide coverage of topics such as social network and graph analysis, web science, security and privacy, economics and market, and many others.

Another key point of this conference were the keynotes. In this edition many influential people were invited to deliver a keynote, such as Sir Tim Berners-Lee (the inventor of the World Wide Web), Martha Lane Fox (Chancellor of The Open University), Mary Ellen Zurko (Principal Engineer @ Cisco) and Peter Norvig (Director of Research @ Google).

In his keynote, Sir Tim Berners-Lee talked about web security, web payments, Web of Things and re-decentralization of the web. He explained that securing the web is important and it has to be ubiquitous also adding that hopefully we will move towards a form of passwordless online authentication. Afterwards, he claimed we need new and better payment methods: micro payments. He argued that transactions as little as $.02 have great value in the mass market, so we can tip musicians whose songs we listen to, bloggers and so on. In addition, he talked about our rights of ownership over our data, and that we should have full control on it and control where it gets stored. Lastly, with the introduction of the web of things we still have to face some challenges which are the development for open and semantic standards for light switches, media hubs, door locks and basically everything else.

Martha Lane Fox in her keynote outlined three current challenges in technology such as gender balance, skills gap and re-imagining public services. She pointed out that there is a huge benefit in diversity and including all different voices can foster the creation of better services and products.

Mary Ellen Zurko showed that users trust high reputation web sites more than malware warnings and this is mostly due to a bad representation of cyberthreats. She added that the web is for attackers and defenders, and security is still an open challenge. With the introduction of the Internet of Things we need to deliver security at every scale and stop coding using unsafe languages.

Last but not least, Peter Norvig talked about the evolution of the web from its beginning until the development of the Semantic Web. Then he summarised the current state of the web starting from the possibilities pointed out by Tim Berners-Lee and the obstacles outlined by Cory Doctorow, a famous American blogger. Thankfully, he says, so far many goals have been achieved, but the need to face the open research challenges is still burning.

Also in this edition, researchers from the KMi contributed in a variety of ways, in organising workshops, presenting papers and posters.

The workshops organised by our researchers are the following ones:

At SAVESD workshop Angelo Salatino presented the paper co-authored with Enrico Motta about the “Detection of Embryonic Research Topics by Analysing Semantic Topic Networks”  which also allowed them to win the Best Paper Award of the workshop.

During the poster session, Francesco Osborne presented It ROCS! The RASH Online Conversion Service, while Helene De Ribaupierre presented a poster co-authored with Francesco Osborne and Enrico Motta about Combining NLP and semantics for mining software technologies from research publications.

The next edition of WWW will be held in Perth, Australia from the 3rd to 7th April 2017.

“#websecurity is a problem of our times…you have to think about security whatever you do “@timberners_lee #WWW2016 pic.twitter.com/sO6lt2qSww

Peter Norvig showed how the #SemanticWeb moved along time in terms of challenges. Some are still there! #www2016 pic.twitter.com/KV3yHmUOPg

#www2016 @Marthalanefox gives her keynote. She is one very very special lady pic.twitter.com/9TBT7dsYYz