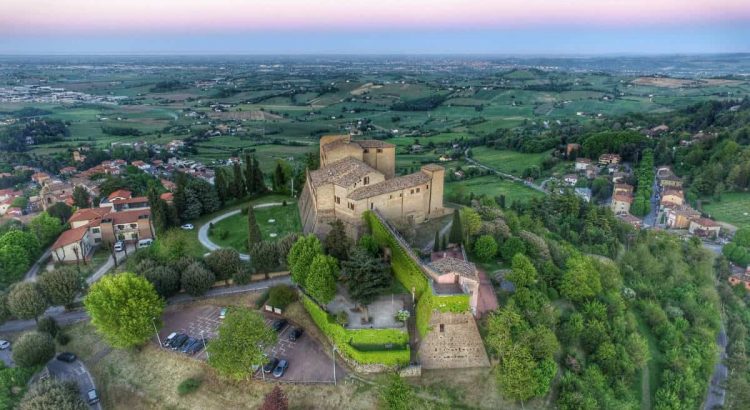 From the 5th to 11th of July the 11th Summer School on Ontology Engineering and the Semantic Web took place. Unlike other years, it was held in Bertinoro (IT) instead of Cercedilla (Spain).

About the Summer School [from the sssw.org]:

The Semantic Web Summer School, SSSW, was founded in 2003 by Enrico Motta and Asun Gomez-Perez as the “Summer School on Ontology Engineering and the Semantic Web”. From 2003 to 2013, it was located in Cercedilla, near Madrid in Spain, being hosted by UPM and co-directed by members of UPM and of The Open University in the UK. From the very beginning the school pioneered an innovative pedagogical approach, combining the practical with the theoretical,and adding teamwork and a competitive element to the mix. Specifically, tutorial/lecture material were augmented with hands-on practical workshops and we ensured that the sessions complemented each other by linking them to group projects. In 2013, SSSW celebrated its 10th edition and its 10 year anniversary, demonstrating through the quality of the content, the great environment and the amazing engagement of the some of the brightest young researchers in the area as students, that it remains the premier educational even in our research community.

In 2015, SSSW is entering a new phase: The school is now located in the beautiful location of Bertinoro, a small village near Bologna in Italy, and relies on an extended organising committee, with Valentina Presutti from CNR joining Mathieu d’Aquin from the Open University and Oscar Corcho from UPM. More importantly, as the technologies evolved and the Semantic Web is getting mature, the focus of the school is also evolving towards research and the open challenges that are being faced by the scientific community related to the Semantic Web. Keeping the “mixed” approach pioneered in the previous editions of SSSW, invited speeches and lectures by some of the greatest researchers in the area are now complemented with “Research in Practice” sessions where key research questions are being investigated and collectively discussed.

Work on developing and presenting a project in cooperation with other participants serves as a means of consolidating the knowledge and skills gained from lectures and practice sessions. It also introduces an element of competition among teams, as prizes are awarded to the best projects at the end of the week. As a wide range of skills are required when working in this area, a “hackday” will also be organised during the week, as a break from the research focus where participants will be able to apply and show off their technical skills too.

SSSW 2015 will provide a stimulating and enjoyable environment in which participants will benefit not only from the formal and practical sessions but also from informal and social interactions with established researchers and the other participants to the school. To further facilitate interaction and exchange of ideas, a poster session will also take place, which will provide an opportunity for attendees to present and obtain feedback on their research.

The summer school relied on an extended organising committee such as Mathieu d’Aquin, Valentina Presutti and Oscar Corcho.

There were tutorials from Claudia d’Amato, Philippe Cudre-Mauroux, Laura Hollink, Axel Ngonga, Axel Polleres, Maria-Ester Vidal, as well as talks from Frank van Harmelen, Steffen Staab, Roberto Navigli, Luc Steels and a hackday from IBM which aimed to engage students in research and the open challenges that the scientific community is currently facing.

I attended the summer school as a PhD student, along with other 58 students from different institutions all around the world:

During the summer school I had the chance to learn many things about the Semantic Web and how other research fields can be improved with the technologies it provides. I also attended some interesting talks from experts in this field and I worked on some of the current challenges in research which I consider useful for my career.
However, one of the most important things was that I had the chance to meet new people, that hopefully I will meet again in conferences and maybe we will have the chance to work together! If somebody were to ask me how I would describe the summer school, in brief I would say: exciting and useful to build your network of contacts! 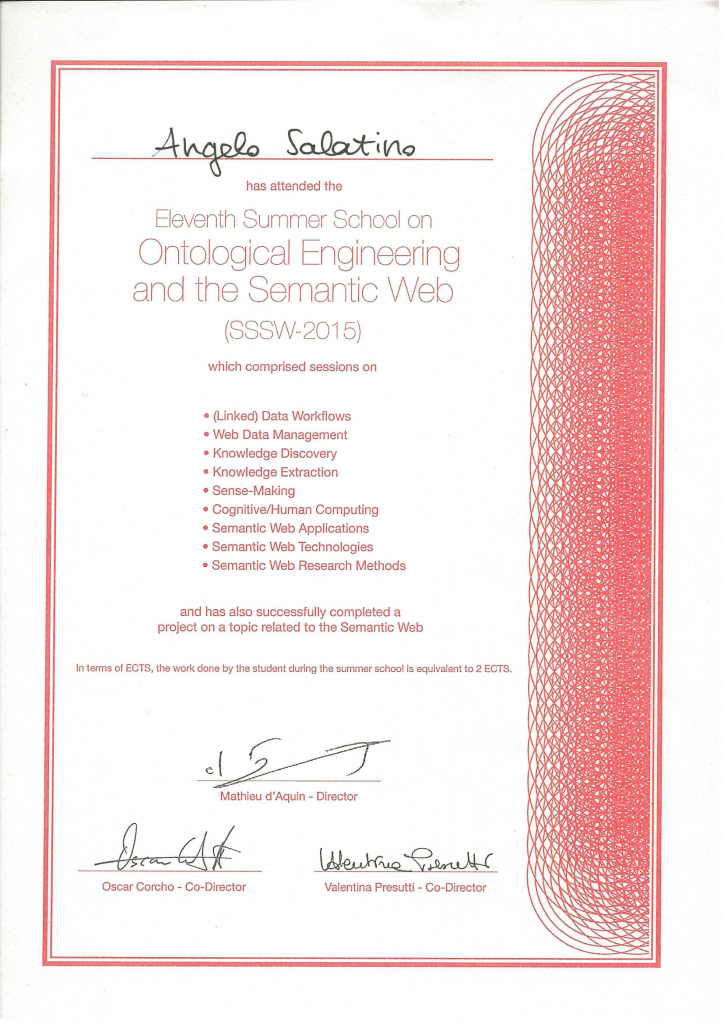 Here is my poster presented at school: 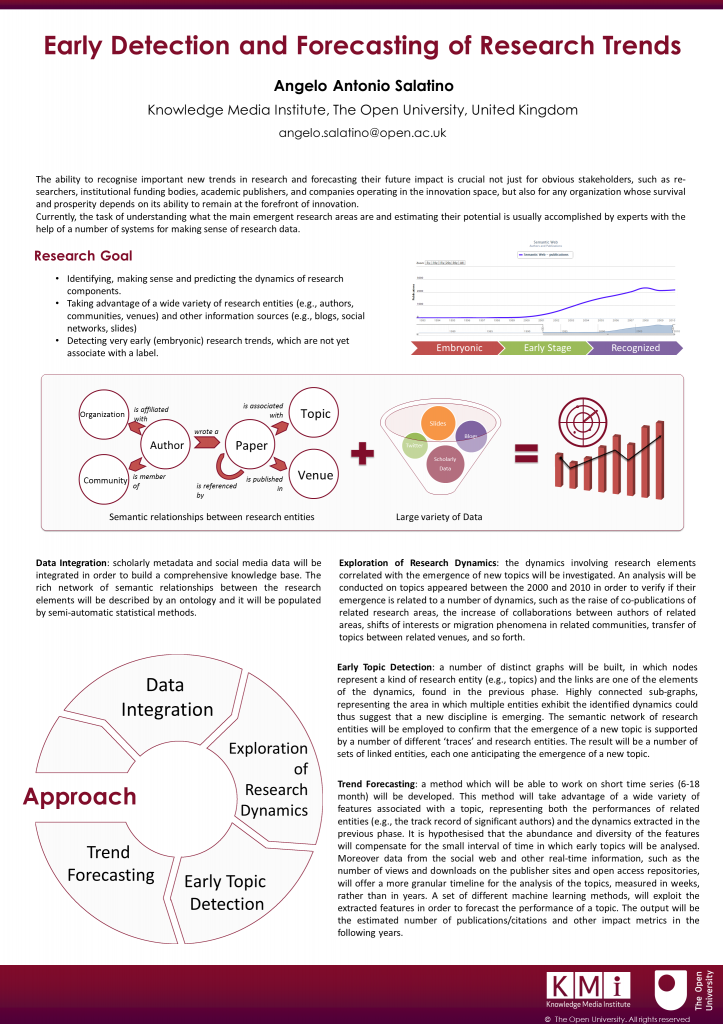 Here is the link to the web site of the summer school: http://sssw.org/2015